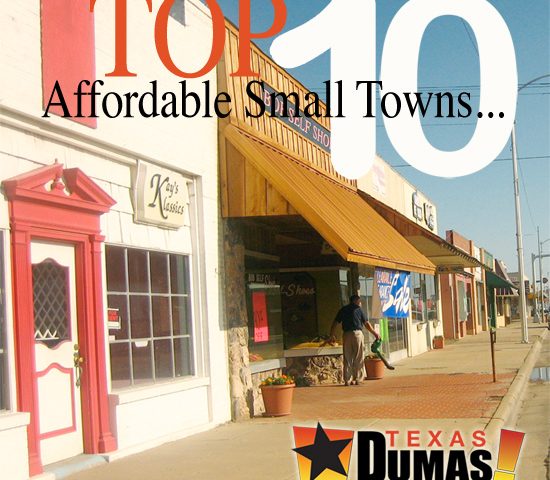 We all know that you can get more for your money in a small town than in a big city, right? But die-hard urbanites sometimes assume that the 180-degree lifestyle change that goes with downsizing their metropolis would leave them bereft (of culture), bored, and maybe even a bit broken.

Or would it? This week, our data team set out to discover the most affordable small towns in America that could actually tempt away hard-core city lovers.

Of course, the cheapest places aren’t necessarily where you’d want to live. So we went beyond housing price to identify places where crime is low, unemployment is at rock bottom, job opportunities abound, and buying a home is a relatively light financial burden. And maybe even those where there are fun and interesting things to occupy your time.

We assessed more than 500 U.S. Census–designated micropolitan areas (with a population between 10,000 and 50,000) for these criteria* and ranked the top 10 by median list price. Note that “micropolitan areas,” as the federal government defines them, may include neighboring towns as well. Minnesota and Iowa, with three towns apiece in our ranking, look like good prime starting points for the soon-to-be-former-urban bargain hunter. And we’d bet that within a few months of moving in, your neighbors will all know your name.

Blessed with the fertile land and abundant natural resources of the High Plains, Dumas, in northwest Texas, is poised for agribusiness expansion. The thriving farming, ranching, and oil industries contribute to an unemployment rate significantly lower than the national average. The Swift & Co. beef processing plant is the area’s leading employer with 2,600 workers, followed by Valero refinery with 500 workers.

Bonus fact: The 1920s smash hit “I’m a Ding Dong Daddy From Dumas” was written about the place. You can purportedly hear its distant strains from certain local bars near closing time.